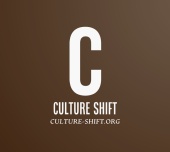 Ahh democrats, demanding social justice and equal compensation yet hypocritical in their own actions. Will social justice warriors come to the rescue??

A new investigation by the Washington Free Beacon shows that Sen. Elizabeth Warren pays female staffers 71 cents on the dollar when compared with male staffers’ salaries. That is almost ten percent larger than the national pay gap between men and women, which stands at 79.6%.

Sen. Warren blasted the pay gap on ‘Equal Pay Day’, a day created by the National Committee on Pay Equality to measure the gender discrepancies between salaries.

It turns out Warren should spend less time on twitter and more time examining her payroll.