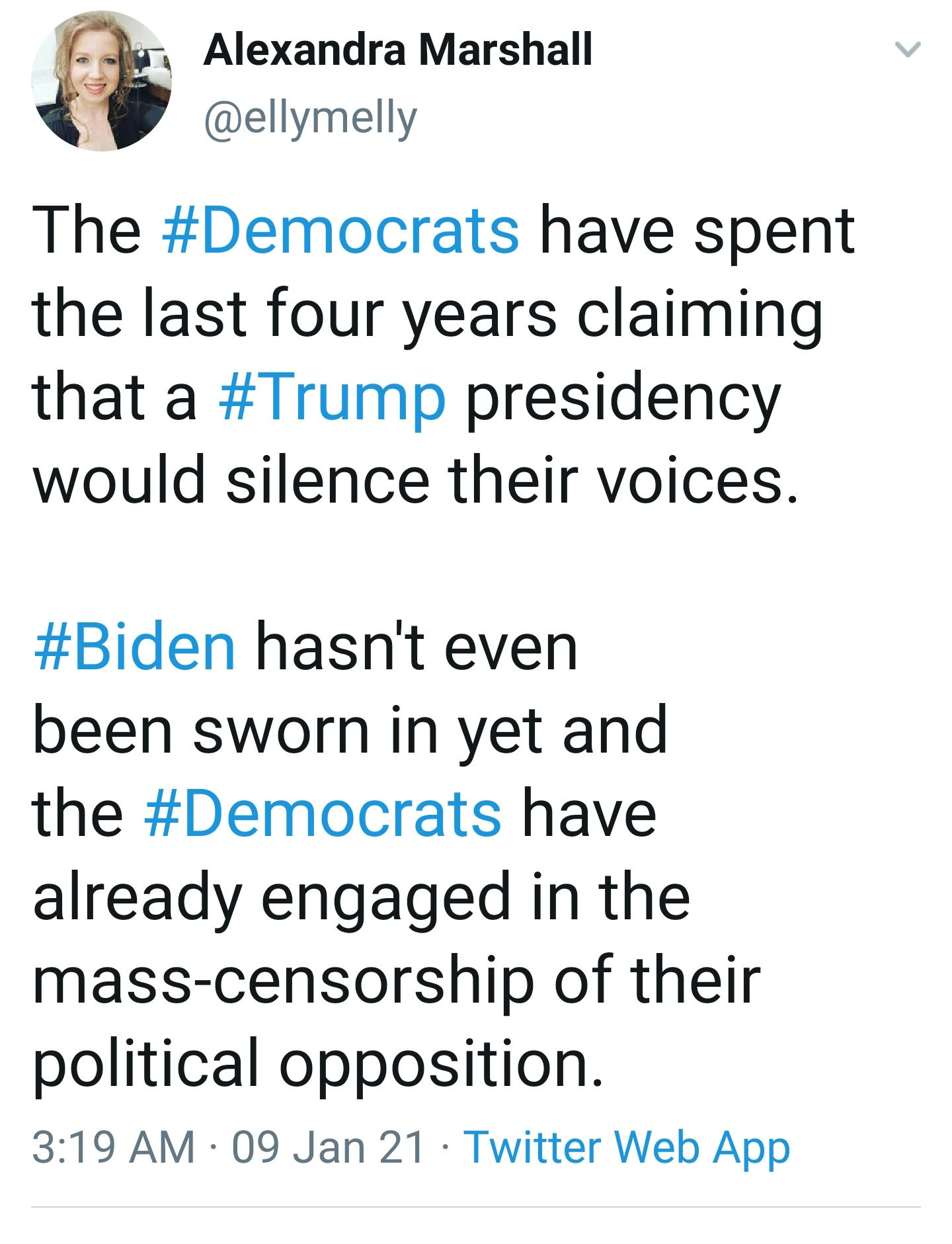 The great purge on social media as well as big tech attempts to ban Parler and alternative social media outlets don’t need to be rehashed here. Everyone has heard. It’s not like we didn’t see this coming either. I argued awhile ago that if Trump needed to suspend the Constitution for a bit in order to save the Constitution then that’s what he should do. He should have taken down the media and tech monopolies but he played too nice with everyone. I’m thinking this was because he wanted to get to his second term where he would roll out the big guns. They made sure that didn’t happen. There’s no appeasing the totalitarian left as everyone can see now. They don’t care about your Constitution and they don’t want to coexist with you. Never forget that.