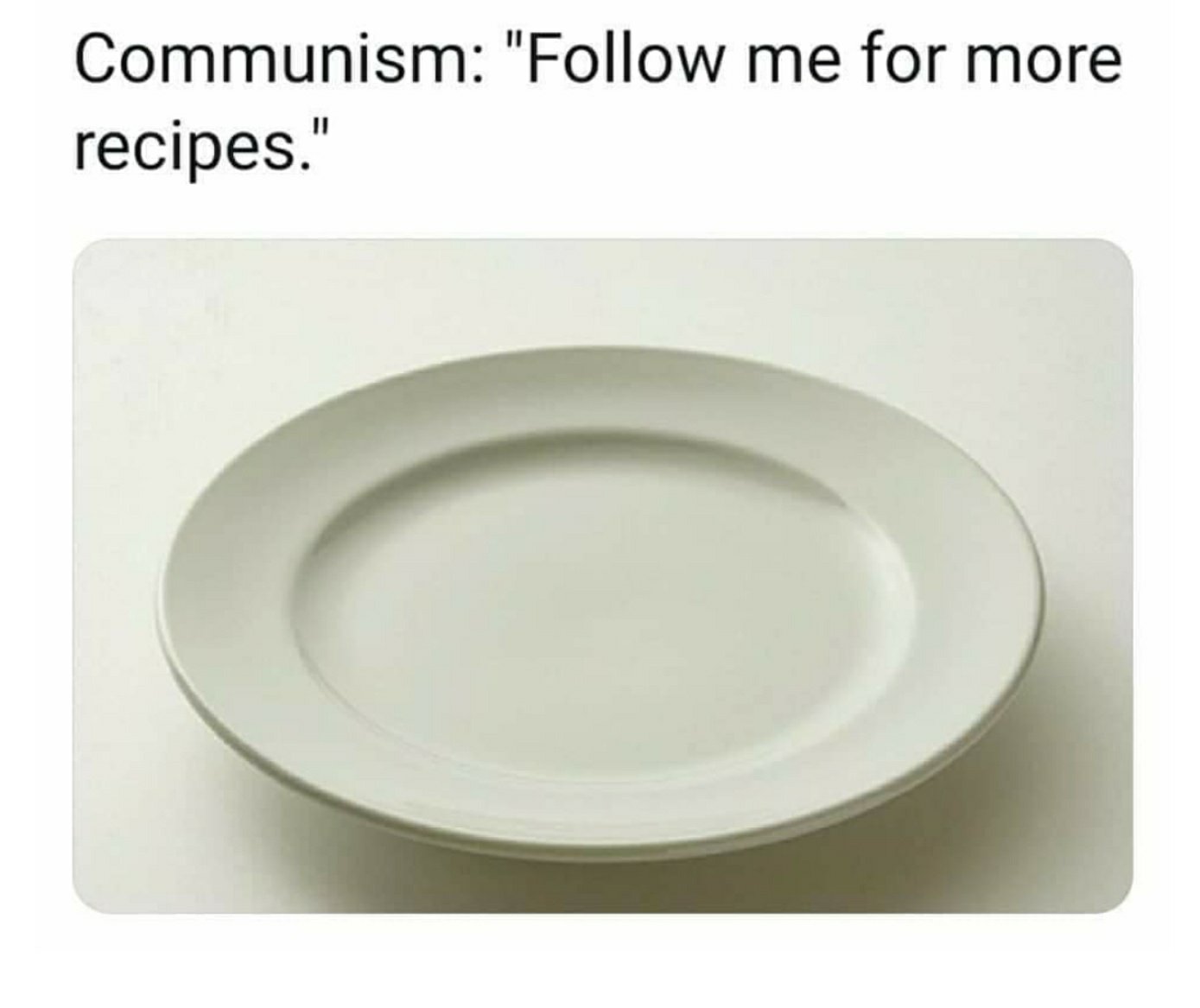 Yesterday we posted two different stories of attacks from The Violent Left. Today we have another one that unfortunately is more tragic. According to the Orange County Sheriffs department in Florida, 28 year old Mason Trever Toney was arrested and charged with first degree murder in the death of his boss William Knight in January. Reports from their co workers state that while William was a supporter of President Trump, Toney held anti government views and was very outspoken about them. Witnesses said that on the morning of William`s death, that they heard him screaming and saw Toney stabbing him with a trowel, at which time he fled. A brand new American Flag was found laying on William leading to speculation that this was a premeditated politically motivated attack. Of course this story, like so many other attacks from the Violent Left has received little to no attention from the talking heads. Could you imagine the outrage had this been a Trump supporter who murdered some hard working peace loving tolerant democrat in a politically motivated attack? They`d be off the hook. As we stated yesterday, this is the psyop being run on the American people and this is why we need to support and keep independent media alive. More importantly, we need to demand that democrats condemn the actions of their own.

Again and again we point out the double standards in mass media reporting. If you look at the things they promote as well as the things they twist around and manufacture as to the things they ignore and downplay, you can say without a doubt that with their distortion of reality, that they are literally running a psyop on the American people. One of the most common themes since the last election cycle is that Republican and Trump supporters are violent racists hell bent on murder death and destruction. You`ve seen it over and over- Another evil racist attacks by a “F*cking white male!” in a MAGA hat! Well 9 times out of 10 they`ve turned out to be fake. On the other hand attacks on people wearing MAGA hats have been commonplace, and as it turns out, many of these people were poc. From an immigrant in Maryland, a group of Asians in DC,  a Jewish man in California, a female Ethiopian immigrant, an art gallery owner in New York, a black man in Florida, and more, the reality is much different than what mass media likes to promote.

Aside from these physical attacks on people wearing hats, there has also been many attacks from The Violent Left on Republicans themselves. Two of the most recent that mass media has decided not to cover include a man who is seen screaming that Republicans need to have their throats cut, and a man who allegedly intentionally ran his van into a tent where a group of Republicans had set up a voter registration drive. They say he sped away making obscene hand gestures. While this story made the rounds online, there has been no outrage from the talking heads in mass media about this. Could you imagine the outrage had this been a Trump supporting “F*cking white male!” who ran his van into a tent of democrats? These are the psyops being run on you in order to set their narrative, and it is a constantly running theme in the Mockingbird Media. They jump on a story before facts are set in stone and push a narrative into the head of the public. They`ll use it to force corporations, politicians or whoever to do their bidding and push their agenda through before the dust even settles. It is the use of emotion over reality in issues which in most cases the narrative isn`t even legit.

Stories like these and their attempt to blacklist them are why the left has resorted to totalitarian tactics to censor and de-platform people and news outlets to protect their narrative. The only thing the left had to be able to hold on to power and create the matrix was control of the media, but in this internet age where everyone has an equal voice their matrix has been exposed and is falling apart. They are scared and have resorted to totalitarian censorship and financial terrorism to silence those who fight against them in the culture war. These dystopian tactics need to be legally challenged and fought against. And make sure you’re registered to vote in the next election. You think things are bad now? Wait till they get power.

Watch as a tolerant leftist threatens to “slash the throat” of @realDonaldTrump and every Republican.

We will NOT let the left silence us! @TrumpStudents #KeepAmericaGreat 🇺🇸 pic.twitter.com/PZcTLhR6MK

Have you ever noticed how the talking heads in mass media pick and choose which stories to be outraged over, even though the story lines are basically the same? Well, just like these, this is another one of them.

This past Monday 1 person was killed and 5 others were shot in a mass shooting on a Greyhound Bus in California. Witnesses said that Anthony Devonte Williams was cursing and muttering incoherently when another passenger asked him to be quiet. He then allegedly pulled out a gun and began firing indiscriminately shooting 6 people before the other passengers subdued him. A 51 year old woman from Columbia was killed. The bus which was in route during the shooting pulled over and Williams was taken off the bus by the passengers and he was later arrested. Aside from the gun, several magazines were also found leading to speculation as to his motive. But once again, mass media has decided to report this story in passing and have dropped it. Why is this one different from others that they use to exploit for gun control? As a related side note, the Greyhound website says that they do not allow people to carry explosives, dangerous chemicals and firearms on their buses proving again that such laws only disarm law abiding citizens leaving them defenseless against criminals.

Remember last month when the national media was in an uproar about a 2nd Amendment Rally where a bunch of bunch of people who were legal gun owners were to have an armed protest against the democratic legislature`s anti Constitutional agenda? Remember how they kept saying that these legally armed gun owners were going to break out in violence? Remember how the governor declared a state of emergency fearing an outbreak of violence? Well nothing happened. As with the majority of legally armed gun owners, everyone was professional and disciplined. On the other hand, the violence in Virginia by the criminal element gets no such attention. This past week 3 year old Sharmar Hill Jr. was shot and killed while playing with his sisters out front of his home in Richmond. Police have arrested 21 year old Antonio L. Harris on an earlier car jacking charge and suspect that he may be involved with Sharmar`s death as the car seen at the shooting matches a witnesses description. The same car was also seen earlier in the days before where several other shootings took place.

As for Antonio himself, NBC 12 reports that

“Antonio Harris was supposed to be under home electronic monitoring for his Nov. 20, 2019, carjacking charge but the Department of Justice Services says he fell off the radar.

On Dec. 5, 2019, during a preliminary hearing, the suspect’s attorney asked for bond. The judge agreed but told Harris he had to wear an ankle bracelet.

He had to stay at a fixed address and could only leave to visit his attorney and adult pretrial services, but Harris was reprimanded for “briefly” leaving his residence on Christmas Day.

The next day, the city says he failed to charge the battery on his ankle monitor. The court issued a warrant for his arrest that same day.

Harris also didn’t show up for scheduled meetings on Dec. 30, 2019, and Jan. 8, 2020. Richmond Police tried to track him down but were unsuccessful.

When they did arrest Harris on Sunday, he did not have his ankle monitor on.”

Once again, the national media outlets were more outraged over legally armed gun owners gathering to defend their rights then they are about the shooting death of a 3 year old by a criminal. Why is that?

After an amazing State Of The Union speech last night by President Trump honoring our country and it`s people, touting the advances we have made as a country under his administration as well as what`s to come, and celebrating the lives of those who have passed as well as those who are still alive, the leader of the democrat party (leader in name only) ripped up the speech. This classy act just puts the exclamation point on democrats hatred of America first policies. No one has been more accomplished in manipulating democrats and their propaganda arm known as mass media into exposing themselves for what they are. They are completely self destructing. Here`s to 8 more years! 😀

A few days late, but nevertheless…

CNN reports that a columnist by the name of E. Jean Carroll has accused President Trump of a sexual assault that happened some 20 years ago and is seeking his DNA. This story is making it`s rounds on the “news” outlets as well as being pushed by the liberal talk shows. You can always tell when one of the anti Trump “WE GOT HIM NOW!” hoaxes start falling apart because they move on to the next “WE GOT HIM NOW!”. It just surprises me that people jump on every “WE GOT HIM NOW!” when so many other mass media backed stories and psyops have been exposed.

Multiple news outlets are reporting that Puerto Rico`s governor has fired up to 3 people so far after supplies believed to have been sent by the Trump administration for Hurricane Maria relief were found in a warehouse. This follows earlier arrests last year of officials for theft, money laundering and fraud. There was evidence from the start that seemed to show that officials in Puerto Rico were sabotaging the hurricane relief efforts and hurting their own people just to try to say Trump is an inept racist. We addressed this back in 2018. More links here