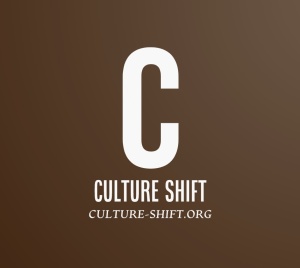 While democrats and the radical left continue to destroy the ability of women to compete in women`s sporting events by allowing males who identify as women to compete against them, some women are fighting back. 16 year old Selina Soule is a highschool track athlete who wasn`t able to qualify in the 55 meter event at the New England regionals because 2 biological boys beat her time. She has since filed a complaint with the Department of Education’s Office for Civil Rights to protest this policy. The Alliance Defending Freedom has taken up her cause and are now representing her as well as other female athletes who have also been affected by such policies. As Selina said in an interview with Tucker Carlson “I haven’t been the only one affected by this, There have been countless other female athletes in the state of Connecticut, as well as my entire indoor track team. We missed out on winning the state open championship because of the team that the transgender athlete was on.”

Another case going through the courts has to do with biological males competing in women`s powerlifting events. USA Powerlifting is set to defend itself and protect the federal rights of women after biological male JayCee Cooper filed a discrimination lawsuit against them in Minnesota for not being allowed to compete in the women’s event. Larry Maile, the USA Powerlifting president told the Daily Caller  “At some point, we are going to have to defend the biology and stand on women being a protected class, and it might as well start in Minnesota,”.

Also in the powerlifting world, just last month Mary Gregory, a biological male who set 4 world records in a powerlifting event, had those titles stripped after “It was revealed that this female lifter was actually a male in the process of becoming a transgender female,”. There are many similar cases of biological males breaking records in women`s sporting events across the board and basically pushing women out of their own sports. What`s ironic is that the radical left who claim to be against the patriarchy are essentially inviting the patriarchy to dominate women’s sports, albeit disguised as women.

Such court cases are why the left is so upset that Trump won and is putting conservative and Constitutional judges on the benches who will rule based on law and not emotions. They wanted their own judges who they could use to subvert America and implement their radical agenda through case precedent. In the case of transgender athletes, perhaps a suitable compromise could be that they can set up their own transgender events in the same way that the Special Olympics have their own events.

After starting a riot at UC Berkeley Wednesday night for the goal of suppressing free speech (in which some observers called Berkeley`s Night Of Broken Glass), the fascist masked crusaders then took to the streets of downtown Berkeley destroying businesses, beating random people, and pepper spraying motorists. In the middle of it all was MMA fighter Jake Shields who came to the rescue of a man that was being beaten by 20 thugs while the cops stood by and watched. The aftermath of the video is below and you can hear him berate antifa basically for being fascist masked idiots. In the video antifa try to explain to him that they are there because a “Nazi” was speaking at Berkeley to which Jake replies “What nazi, was it you guys that was speaking?”. The irony is that the “Nazi” they were referring to was in fact the gay Jewish immigrant Milo Yiannopoulos. This is the only good outcome of the recent riots, suppression of free speech and oppression at the hands of antifa, they are waking more and more people up to the fact that they are the true fascists and nazis.

Below is a link to some excerpts from Tim Ferris`s new book Tools Of Titans. They are pretty motivational quotes and some from some well known people. We`ve highlighted some of the Tim Ferris podcast episodes in our blog in the past including the one with Amelia Boone who is featured in the link as well. If you haven`t given him a listen yet check his shows out. They are pretty interesting as most of them revolve around interviewing and dissecting successful people to learn what habits make them successful. Link here: How to Develop Mental Toughness: Lessons From 8 Titans

Men Are Getting Weaker — because We’re Not Raising Men

“Our culture strips its young men of their created purpose and then wonders why they struggle. It wonders why men — who are built to be distinctive from women — flail in modern schools and workplaces designed from the ground-up for the feminine experience. Men were meant to be strong. Yet we excuse and enable their weakness.”

I`m just going to summarize what Milo Yiannopoulos says when it comes to the body positivity movement because he puts it bluntly and logically- It is an idea that promotes an unhealthy lazy lifestyle to young impressionable women. Most of the women who espouse such ideas do so to absolve their own laziness and poor health choices.

Imo feminism, liberalism etc are all ideologies that are based on emotion rather then fact. If feminists truly cared they would promote lifestyles that encourage a truly healthy body and mind, not one that ignores reality for feel good emotions.